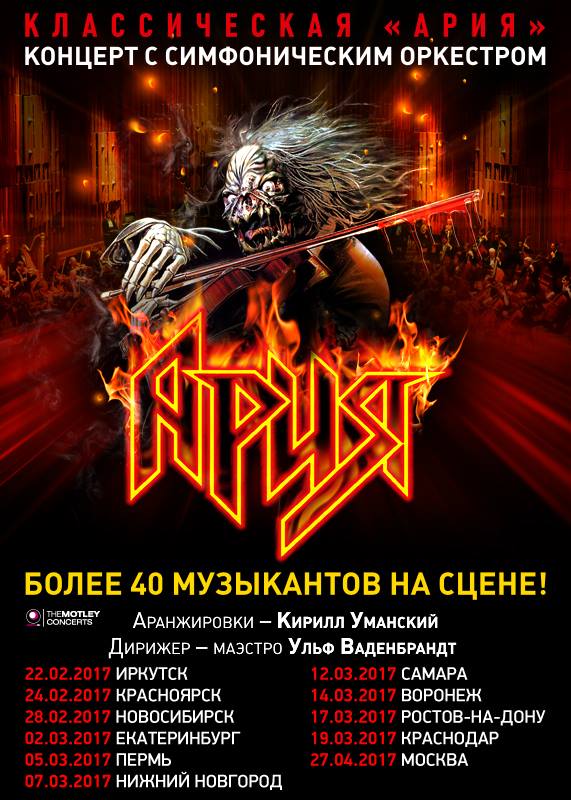 The concert program Classical ARIA began in 2001. ARIA was the first band on the Russian heavy stage to combine rock and symphony music. Classical ARIA was reborn in November 2015 for ARIA’s 30th Anniversary celebration with Globalis Symphony Orchestra and maestro Ulf Wadenbrant as the conductor. It was a sensational performance! The concert was also filmed and released on DVD.

By popular demand, we repeated the concerts in spring of 2016 in Moscow and Saint-Petersburg. Both shows were sold-out and the band was accompanied by Globalis Symphony Orchestra with Swedish maestro Ulf Wadenbrandt as the conductor.